The "Samovar Talks in the Castle" are a new series of events organised by DMAN and the German-Russian Society Celle (DRG-Celle). The first event took place on 22 March 2017. It was opened by DRG-Celle chairwoman Evgenia Panteleeva-Stamm and DMAN managing director Harald Becker.

About 40 interested citizens and company representatives enjoyed the relaxed atmosphere in the Assembly Hall, which is part of the academy’s rooms in Celle castle. They listened with interest to the speech held by Frank Neumann, second chairman of DRG-Celle and DMAN delegate of international representations and cooperations. Maxim Latrygin from the Russian consulate in Hamburg addressed a few words to the guests.

Frank Neumann spoke about the current DMAN activities in Russia. He gave an overview of seminars already held and those still planned this year, presented support offerings for companies planning to enter the Russian market, and reported on the activities of the Niedersachsen State Representation in Moscow that serves as initial contact for Lower Saxony's companies in Russia.

Mr Neumann underlined that even under current conditions business with Russian partners is possible in many areas and that export financing and Hermes covers are still being granted. Companies form Lower Saxony can find their niche in Russia, and they should not leave the field clear for their competitors from other countries. 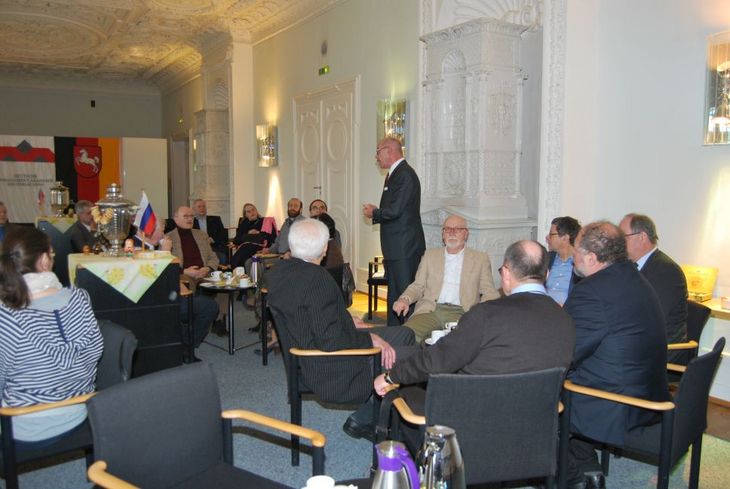 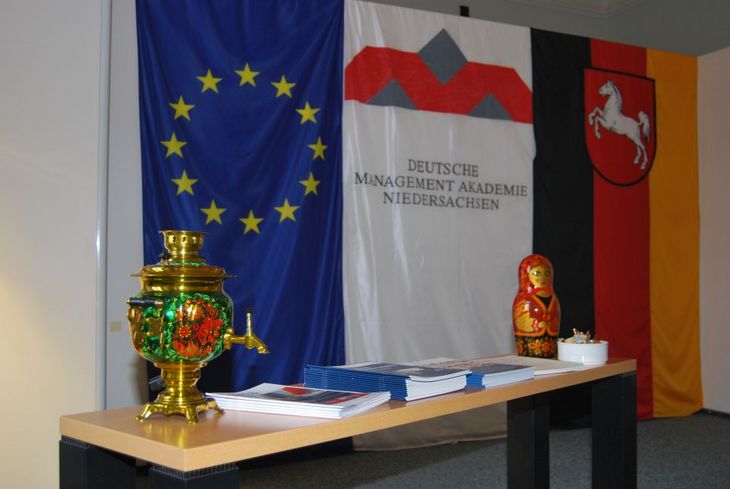 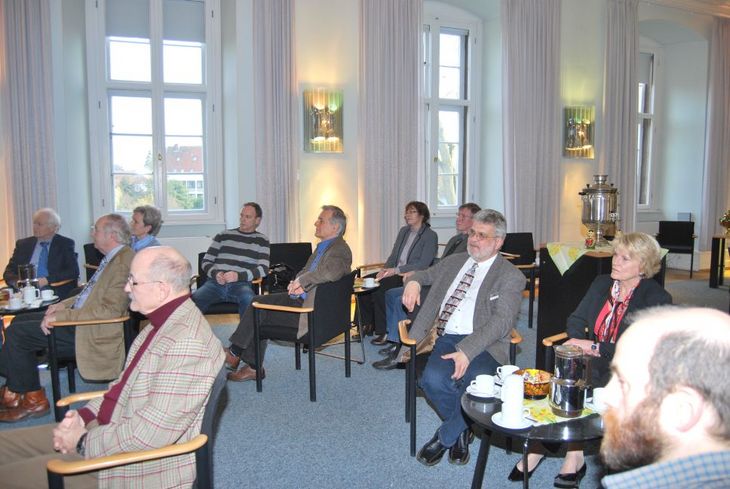 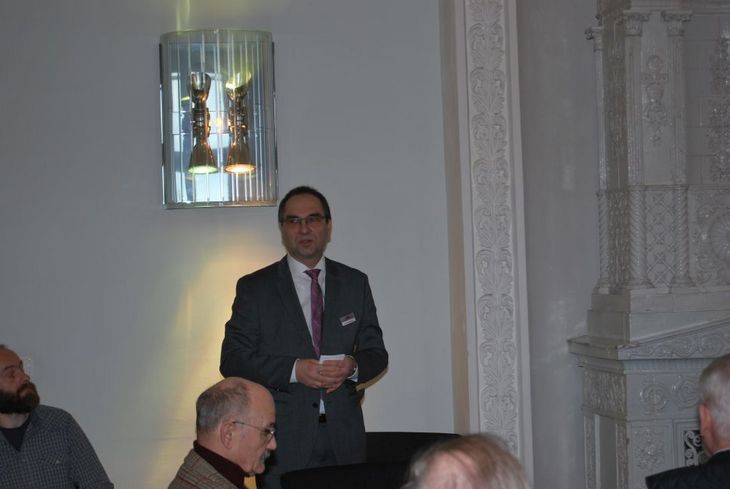 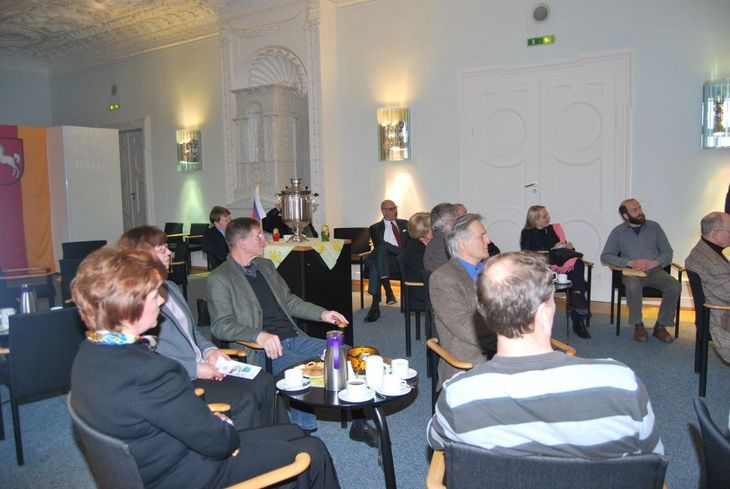 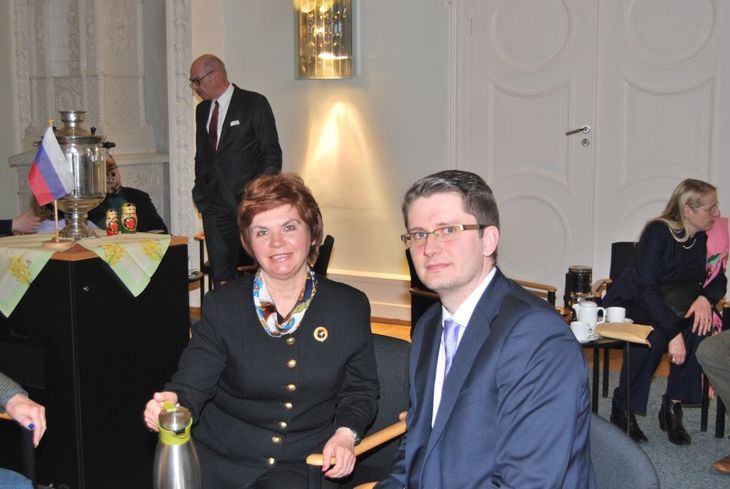 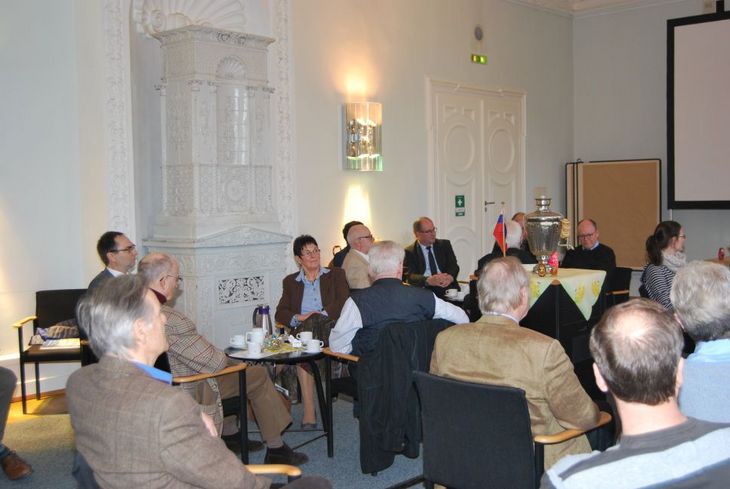 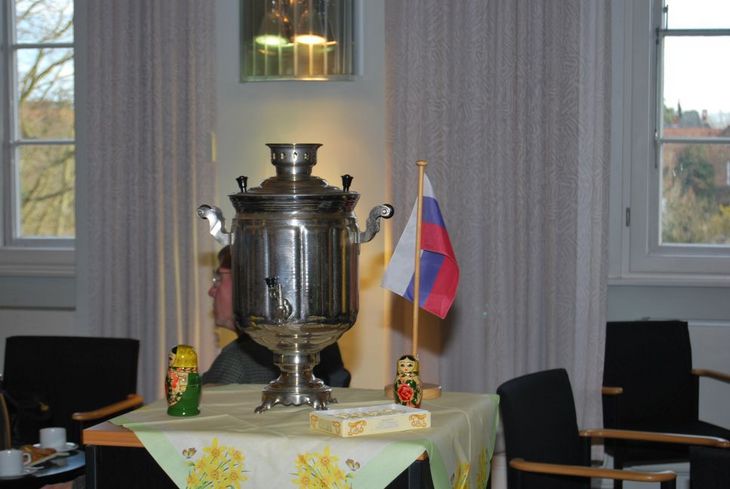 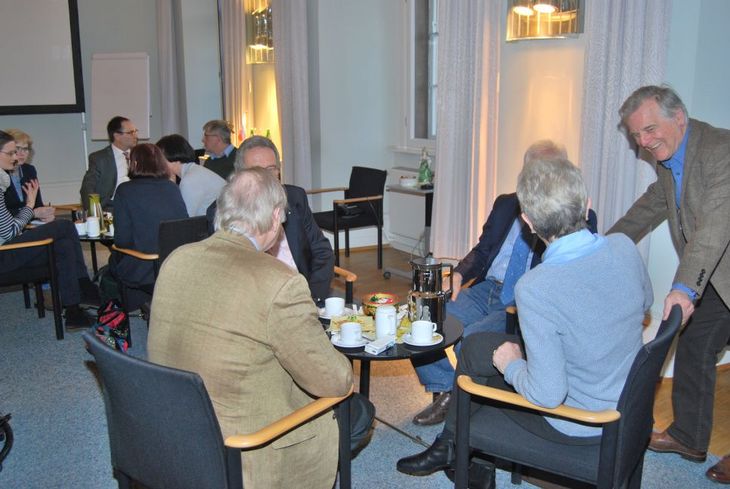 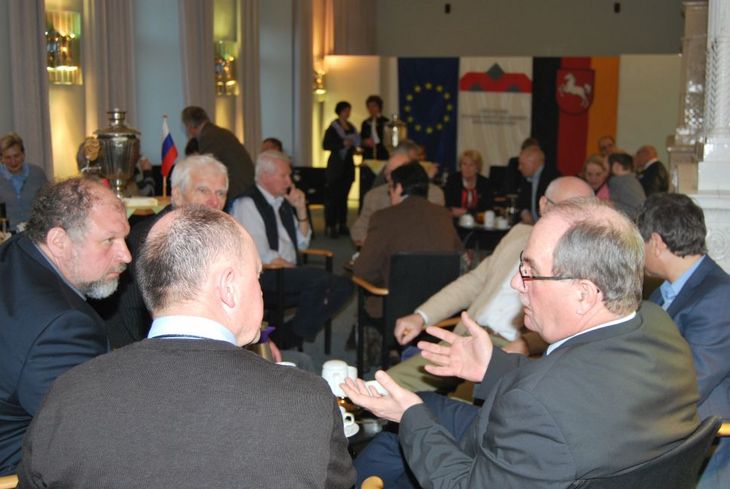 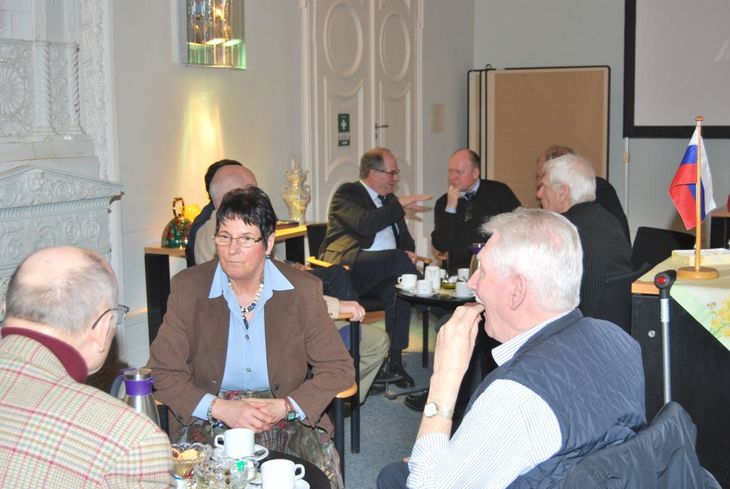 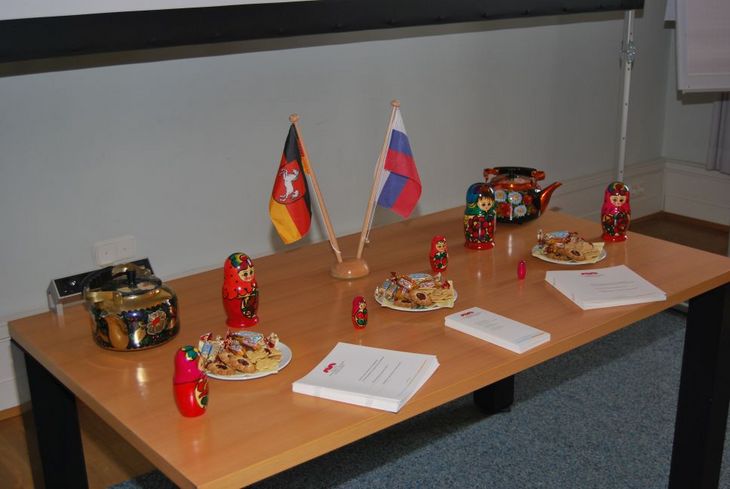 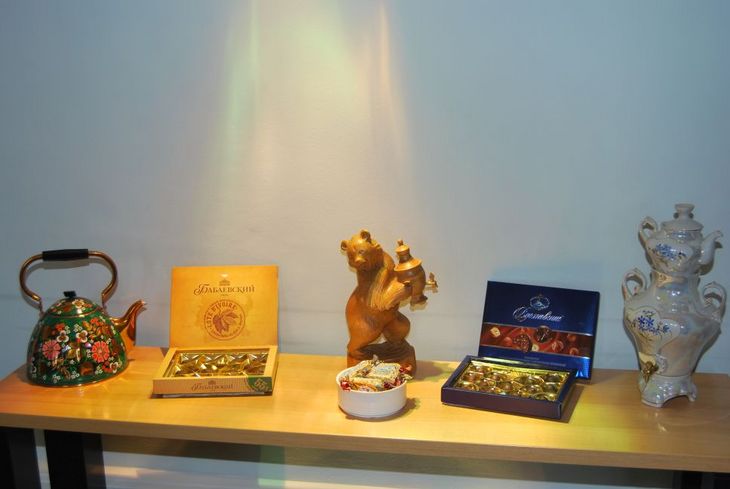