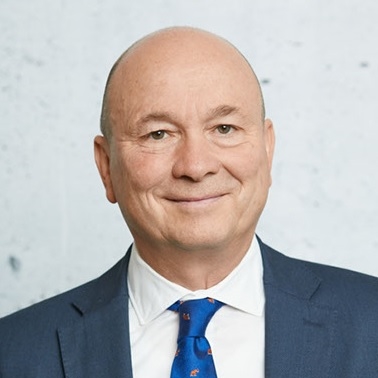 With immediate effect, Dr. Volker Müller is taking over as chairman of the DMAN supervisory board, of which he has been a member since 2008.

Dr. Müller is the managing director of Unternehmerverbände Niedersachsen (Entrepreneurial Associations of Lower Saxony, UVN), the umbrella organisation for 95 employer and business associations and a shareholder of DMAN, as well as of the Institute of North German Business (INW).

The graduate lawyer who also holds a doctorate in sociology, worked for the German Chambers of Industry and Commerce in Mexico and London at the beginning of his career. Today, he is an active member of the executive boards, advisory boards and supervisory boards of several renowned companies and institutions in Lower Saxony.

As a member of the DMAN supervisory board, Dr. Müller has provided important impulses for the work of the academy since 2008, especially for the foreign trade aspects of its mission. "Volker Müller is a committed advocate of DMAN who has accompanied us for many years with great interest and expertise and is extremely well connected in the regional economy and society. We are very pleased that he is now taking over the chairmanship of our supervisory board," says Harald Becker, managing director of DMAN.

Dr. Müller takes the chair of the supervisory board from Dr Andreas Gruchow, who had held the position since 2014. Gruchow left DMAN shareholder Deutsche Messe AG at the end of March. At his farewell, Volker Müller thanked his predecessor, saying: "He has been active here with all his heart."