Since its foundation 30 years ago, DMAN can look back on numerous big and small successes. The total numbers of our seminar participants – 35,100 – and of the training programmes we carried out – 1,865 – are impressive. And we admit that we are a little proud of this.

Many projects have contributed to DMAN’s success – too many to list them all, so here is just a small selection:

In July 1997, the Russian president Boris Yeltsin initiated an extensive training programme for young business leaders. Germany, Japan, the USA and Italy were chosen as the main countries. DMAN carried out the two pilot projects of the "Yeltsin Initiative" in Germany. The main programme of the bilateral Russian-German training offensive started in November 1998. Today, 19 partner countries participate in the manager training programme, and DMAN continues to be one of the training centres implementing this programme in Germany.

As part of its support programme for the countries of the former Soviet Union (TACIS), the European Union supported this training initiative by president Yeltsin with the launch of the "Manager Training Programme" (MTP), which was the largest training programme ever funded by the EU. Between 2000 and 2004, a total of three MTPs were put out to tender by the EU. All three were won by an international consortium led by DMAN.

The following project examples show that DMAN is not only an expert on economic topics:

Based on an agreement between the Ministry of Environment of the Chinese province of Anhui and the state of Lower Saxony, DMAN held a series of seminars for participants from the environmental administrations of the province of Anhui from 2002 to 2005.

In order to strengthen the cultural cooperation between Russia and Germany, DMAN launched a "Qualification Project for Young Museum Staff" in 2004. 60 museum scientists and employees from major art and cultural history museums in Russia completed a multi-level training programme consisting of a 4-week intensive seminar and a subsequent 2-month internship in a German museum.

In Russia and in Germany, regional museums as well as major renowned museums were represented, such as the Pushkin Museum and the Tretyakov Gallery in Moscow, the Russian Museum in St. Petersburg, the National Museums in Berlin, the Dresden State Art Collections, the German Museum in Munich and the Hamburger Kunsthalle.

Already during its implementation phase, the project became a role model for similar bilateral cultural programmes with other countries. In autumn 2006, for example, a training programme for museum staff from Iranian museums was successfully implemented. 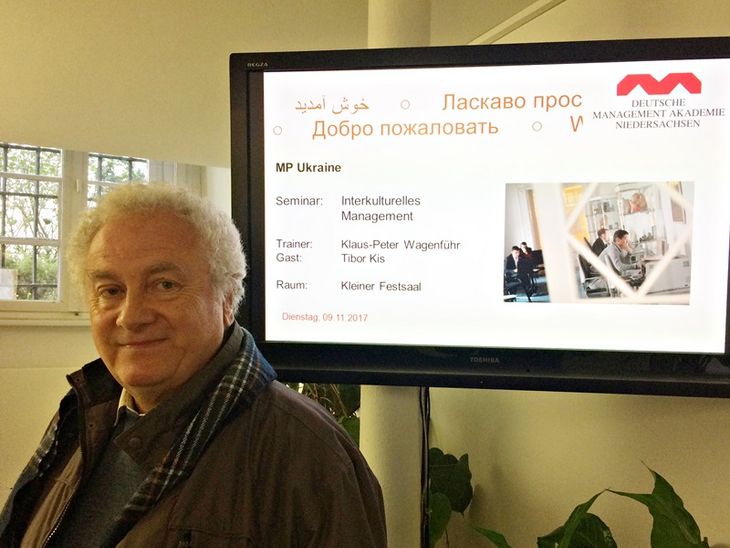 Tibor Kis during his visit to DMAN in November 2017 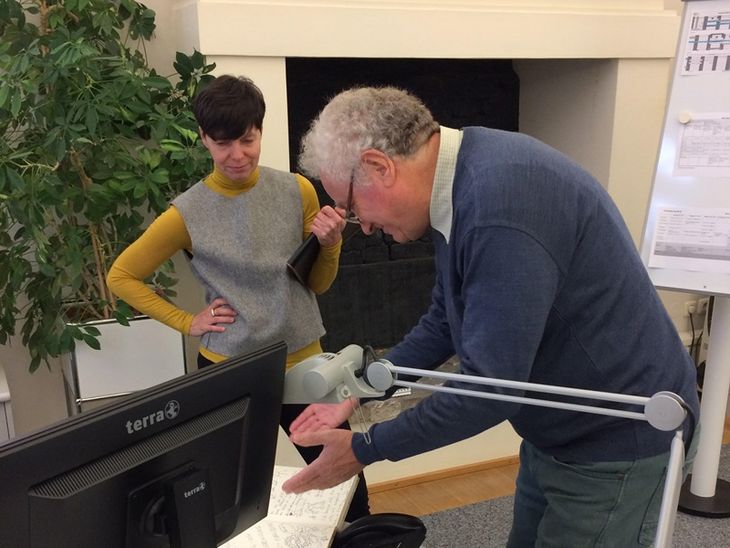 Tibor Kis leafing through the guest book of 1990 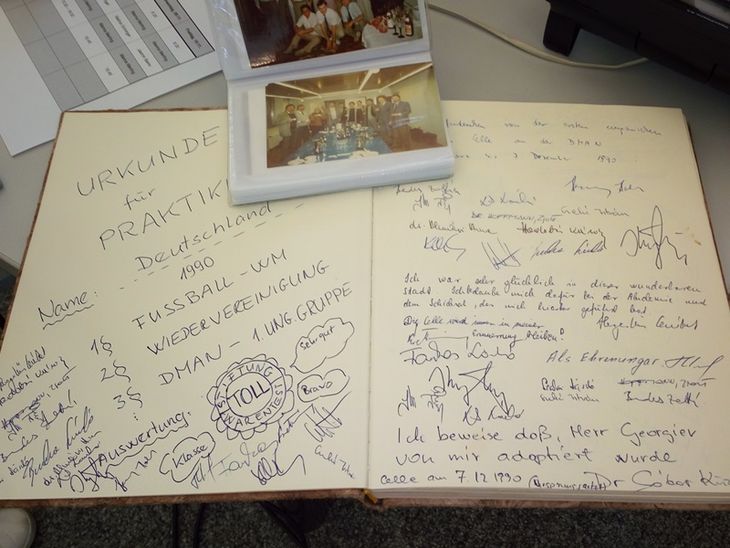 In the guest book, Tibor Kis finds the seminar he attended in 1990 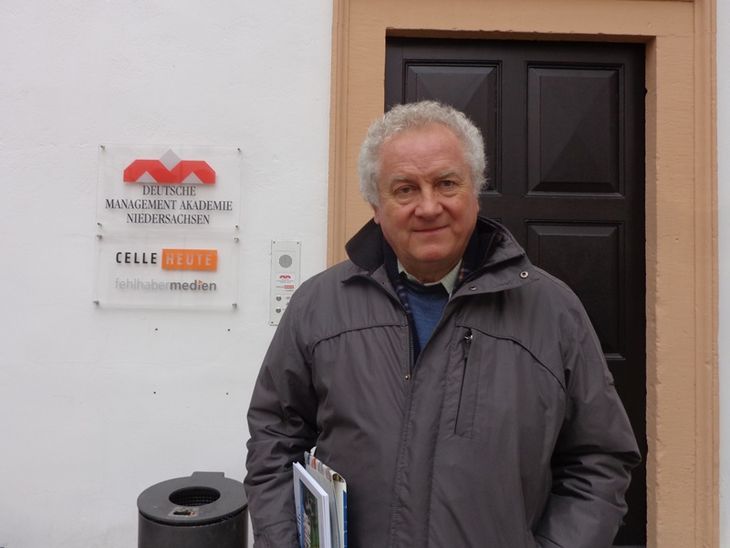 The high professional level of our trainings, but also the relaxed atmosphere and the culture of warm welcome at DMAN contribute to the fact that many participants have pleasant memories of their stay with us. Some even come to see us again after many years. Just like Mr. Tibor Kis, who had been one of our very first seminar participants in 1990. He came back to Celle after an incredible 27 years to show his wife and daughter the academy. We were very pleased to welcome him! 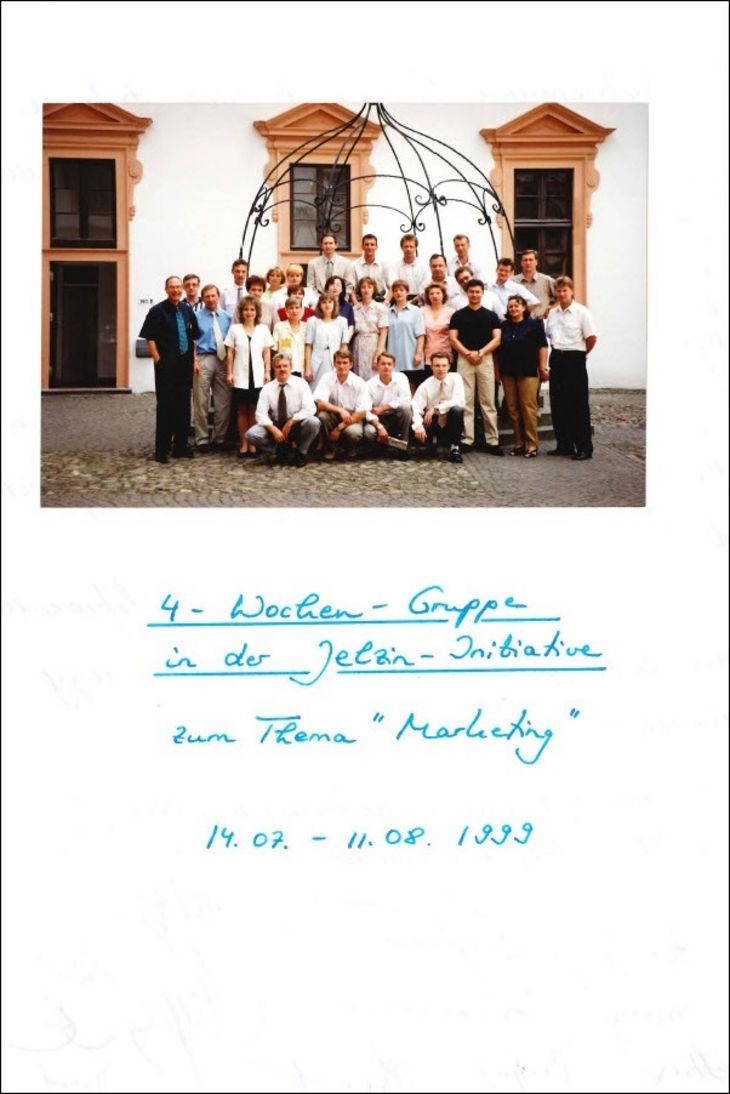 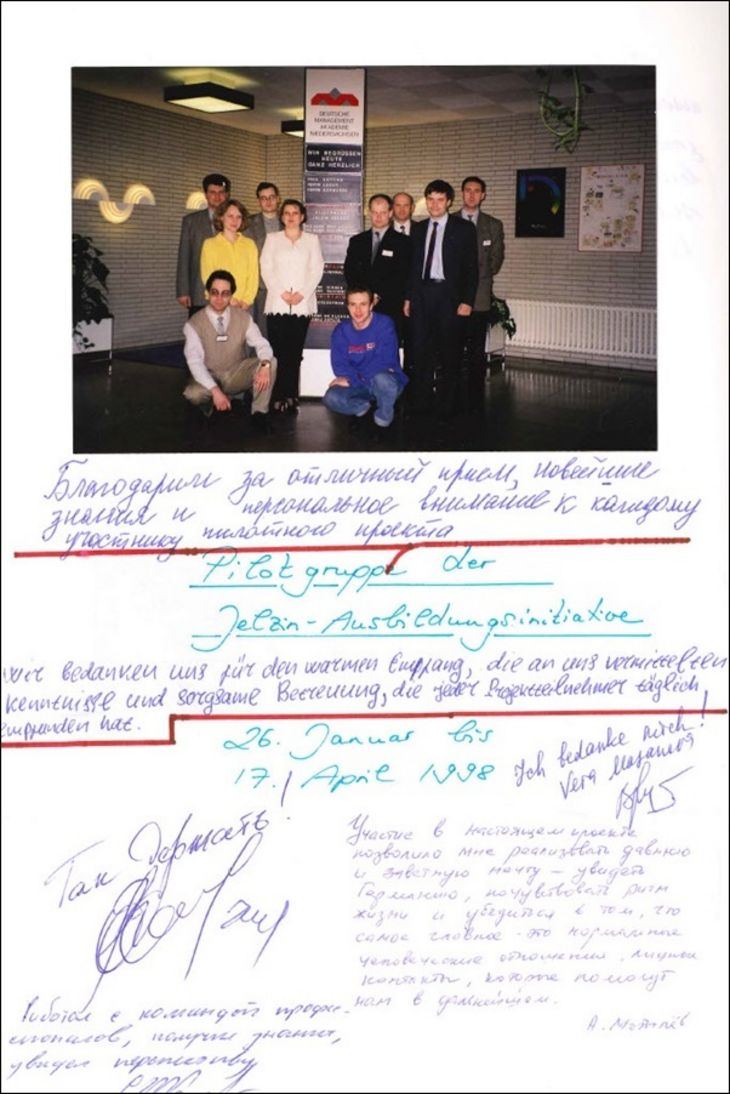 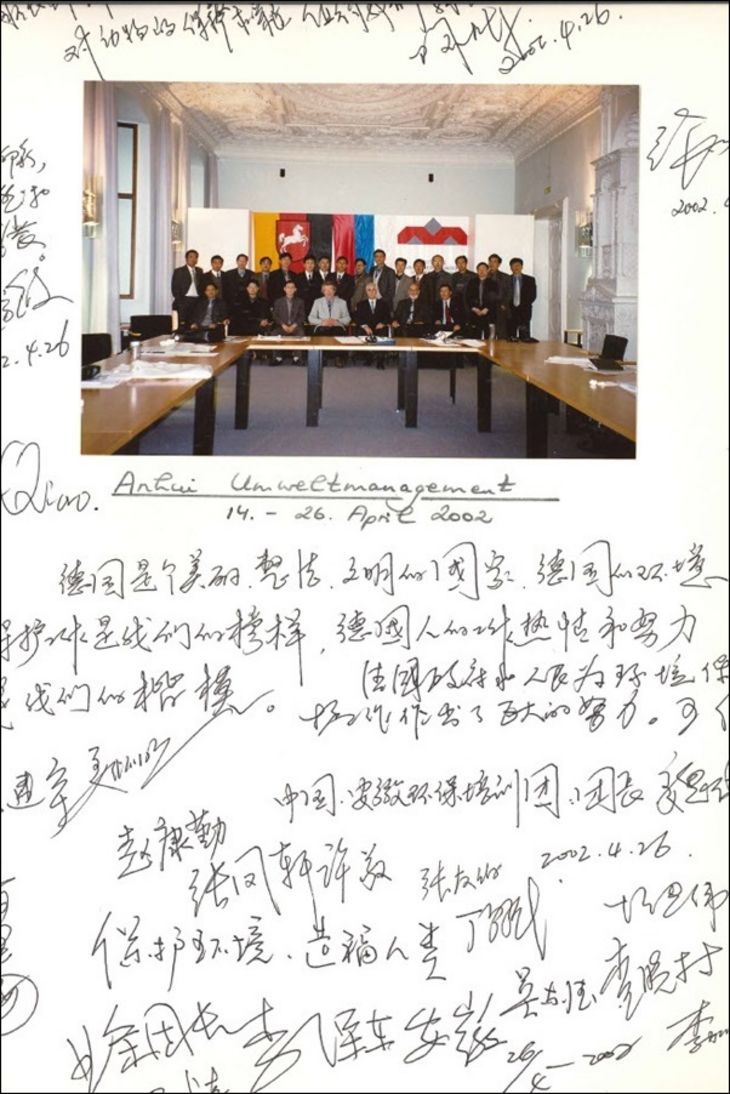 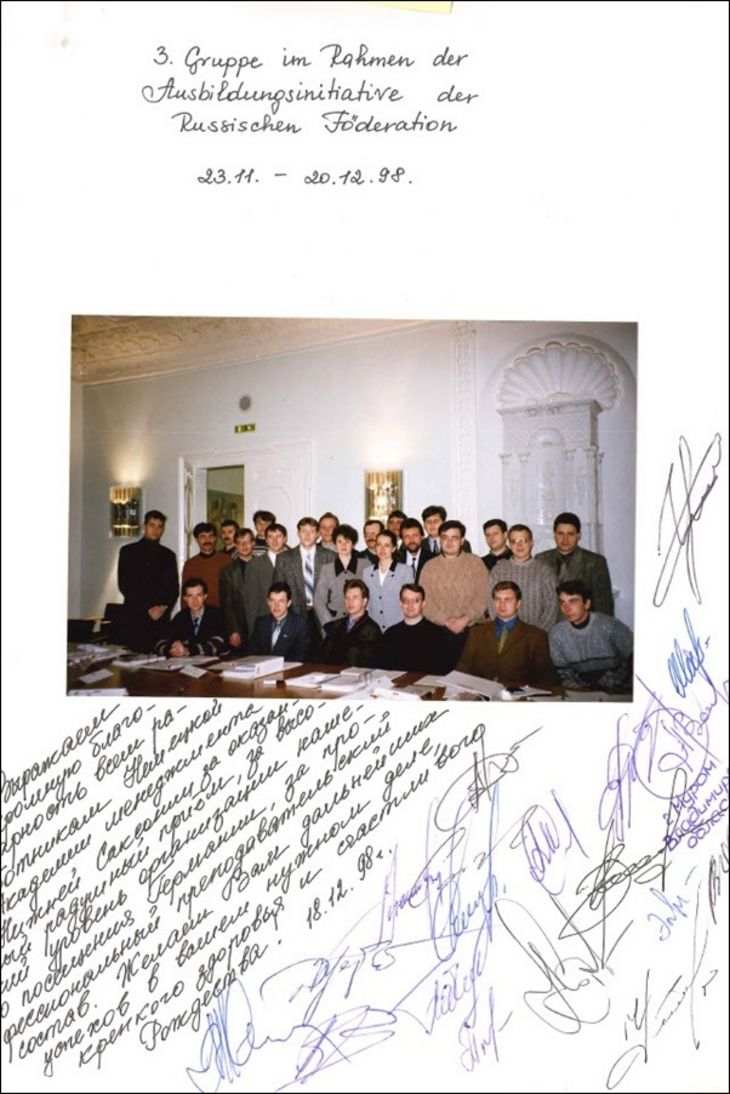 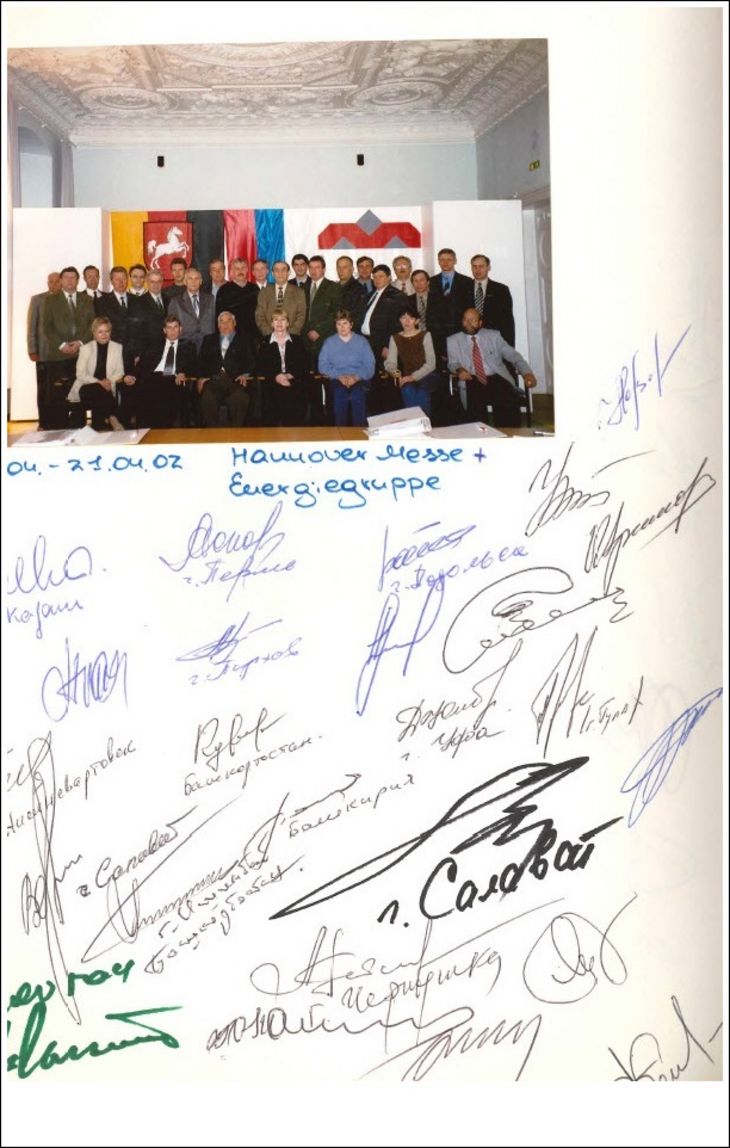